In a long and eagerly awaited decision, the Competition Appeal Tribunal (“CAT”) has today handed down a landmark judgment approving the Road Haulage Association’s application for a Collective Proceedings Order (“CPO”) in respect of damages claims arising out of the European Commission’s Trucks cartel decision.

The RHA seeks to represent all claimants who want to sign up for a follow-on damages action relating to the cartel in medium and heavy trucks which took place between MAN, Volvo/Renault, Daimler, Iveco (now Stellantis) and DAF over a 14 year period between 1997 and 2011.  Today, the CAT gave the green light for the claim to proceed and in doing so has given tens of thousands of trucks operators access to justice for the losses that they suffered from one of the longest running and most significant pan-European cartels of recent times.  The European Commission has stated that it believes that “9 out of every 10 medium and heavy trucks sold in Europe” were affected by the infringement.

The RHA has over 18,000 claimants signed up and registered already and will shortly be inviting any other qualifying operators to join the claim. The estimated value of the claim is in excess of £2 billion.

The Tribunal has determined:

A rival application for a collective proceedings order on an opt-out basis brought by an SPV, UK Trucks Limited, was rejected by the Tribunal.

The RHA’s claim arises out of the decision on 19 July 2016 (Case 39824 – Trucks) by the European Commission, which found that five major European truck manufacturing groups, DAF, Daimler, Iveco, Volvo/Renault and MAN (together the OEMs) had carried out a single continuous infringement of Article 101 of the Treaty of the Functioning of the European Union and Article 53 of the EEA Agreement over a period of 14-year period between 1997 and 2011.  Four of the five OEMs were fined over €2.9bn.  MAN was granted immunity from a further fine of €1.2bn for having revealed the existence of the cartel.  A sixth manufacturer Scania did not participate in the settlement and is appealing a separate decision on 27 September 2017, which found it had participated in the cartel and under which it was fined €880m.

The RHA filed its application on 17 July 2018 against Iveco, MAN and DAF and seeks to bring collective proceedings on an opt-in basis.

Steven Meyerhoff, Director at Backhouse Jones (legal representatives for the RHA) said: “Today’s decision by the CAT to certify the RHA’s application for a Collective Proceedings Order is a comprehensive endorsement of a well thought out “opt-in” application and a major step forward for road haulage operators seeking legal redress in respect of losses resulting from the Trucks Cartel.  The RHA will now be authorised as class representative to bring a claim for all qualifying purchasers of new and used trucks between 1997 and 2015.”

Mark Molyneux, partner at Addleshaw Goddard (co-counsel) said: “This is a very significant decision and one which now gives access to justice for tens of thousands of purchasers of new and used trucks.  This long running and wide ranging cartel has affected around 600,000 new purchasers of trucks in the UK between 1997 and 2011. We know cartel activity can be extremely damaging to customers and truck purchasers should be entitled to be compensated for all of the loss that they have a suffered as a result of this activity.  We look forward to working with the team to now take case through to its conclusion and obtain appropriate redress for the RHA claimants.”

Bruce Kilpatrick, partner at Addleshaw Goddard, commenting on the action, said: “This is the first time the CAT has certified an application for a collective proceedings order on an “opt in” basis and the judgment provides welcome clarity on a number of key issues. There will now be an opportunity for customers (including businesses which have suffered loss as a result of the trucks cartel but which have not yet signed up to the RHA claim) to recover damages in a cost effective manner, without having to bring a claim in their own name.”

Find our more about our competition team here or contact Steven Meyerhoff on 01254 828300. A copy of the judgement is here. 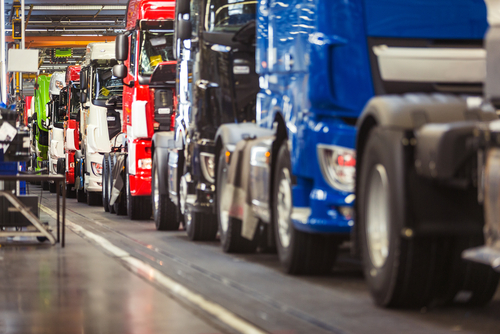