Where as an operator you look to take on temporary drivers through agencies or through introducing organisations, there are key points for which you should keep an eye out.

First and foremost, when negotiating terms with that third-party, you need to know for sure what entity it is you are hiring your drivers from. In the modern business landscape, businesses can incorporate under one name, but trade under another, or even incorporate a holding company under a particular name and registration number, with a subsidiary which is a separate legal entity. It’s important to be sure that the individual with whom you are negotiating your terms (1) works for the company or business they say they work for, (2) that the business they say they work for is the business from whom you are hiring the drivers, and (3) that the individual with whom you are negotiating has the authority to bind that company to the agreement.

Further to this, it is important to know how many businesses the driver or worker is part of and how many agencies are advertising their services. You may find yourself interviewing the same driver or employing the same driver twice through two separate agency businesses – to whom you will have to pay introduction fees. These fees can cost up to £10,000.00 per worker and be costly for a business. This is the most important point to bear in mind when taking on temporary agency drivers. Terms countering such fees should be incorporated into any agency agreement you may have with an agency business.

Thirdly, an operator should ascertain what is meant by ‘introduction’ or whatever word the terms might use to the same effect. The question is, at what point has the introducing business successfully upheld their obligation under the contract? i.e. when have they introduced you to a driver? For example, simply interviewing a driver may constitute an introduction under a wide definition, and so even if you do not take the driver on, you may be charged a fee for that ‘introduction.’ There may be further requirements to include under what constitutes an ‘introduction,’ for example, the provision of a CV, references and / or employment records prior to the interview. If that is the service you were intending to pay for, then it should be made clear in the definition.

In the event that the third-party intermediary has provided you with terms that are heavily in their favour, which – naturally – they will do, it may be worth checking for the below. If such terms are not included, or the issues remain unaddressed, then it is worth negotiating their inclusion.

Tachograph Cards – it is worth including requirements into the terms to force drivers to download and return the tachograph cards they are working with to the operator. Thus, facilitating the operator’s compliance with regulatory obligations. Where a temporary driver fails to do this, there is a risk to the operator. We would suggest negotiating terms into the agreement with the intermediary whereby the operator or client hiring the drivers has the power to withhold payment of charges until an omitting temporary driver provides the requested tachograph information.

Introduction Fees – In the same vein as the above advice, the terms of an introductory fee and what the intermediary must to in order to secure that fee should be included. We recommend including terms to the effect that in accordance with the Agency Workers Regulations 2010, an introductory fee shall only be chargeable where the intermediary has introduced in accordance with the agreement a driver to the client for a particular assignment.

Qualifications / Requirements – It sounds simple but is an important point to be included in such agreements for temporary drivers. The operator or entity taking on the drivers should ensure that they have the right to withhold introduction fees and charges where the driver or temporary worker is unable to carry out the actual assignment for which they were employed because, for example, their CPC training is not up to date, their licence is questioned, and / or they do not have the requisite permits.

Multiple Agencies – As outlined above, naturally, drivers seeking work through agencies may well find themselves signed up to multiple schemes and consequently be provided to the same company through two different providers. This will likely incur fees which are not commercially sensible from the perspective of the operator. Therefore, there must be consideration for this when taking drivers on both in respect of the actual hiring of the driver, and in the terms of the agency agreement. As warned, this is probably the most important point to be aware as the expenses and costs that an operator may find themselves paying can hit the account books hard.

The above points are just some concerns individuals and their businesses should have when entering into agreements for temporary driver provision. For further advice on the matter, contact Brett Cooper or Lydia Ward in the Backhouse Jones Corporate and Commercial Department, on 01254 828300 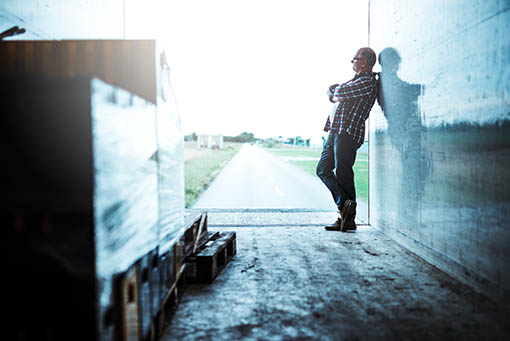