Thanks to smartphones and tablets, it has become common for workers to continue to receive and respond to emails after they leave the office for the day and at weekends. In the UK, 40% of workers check their emails outside of working hours, according to the Chartered Institute of Personnel Development.

Soon, perhaps surprisingly in the “City that never sleeps”, it may become a crime for New York employers to require its employees to check and/or respond to their work-related electronic communication outside of regular work hours.  The bill proposes that companies with more than ten employees could face having to pay a fine of up to $500 to the employee if it is found guilty.

If the law is passed, it will allow employees who are persistently sent very late or early emails by their bosses to complain to NYC’s Department of Consumer Affairs, which would initiate an investigation which could then lead to a fine. However, the law would not apply in instances of overtime or in cases of emergency.

The aim of the law is to make sure employees are fairly paid for work and to prevent burnout by protecting private time. Studies show that there is far more work-related stress today than there used to be as employees remain attached to their work, even when they physically leave the office. The law would still allow employees to work and contact their boss, but it means that employees are able to disconnect when they feel that they need to.

A similar law is already in place in France that gives employees the “right to disconnect”. The law, which came into effect in 2016, requires companies with at least 50 employees to designate hours in which employees cannot answer emails or calls from co-workers, for example between 7pm and 7am.

The German company, Volkswagen, turns off its email server after work hours so that any emails are only sent to inboxes the next working day because it “respects relaxation time”. And Daimler has a system that auto-deletes any emails that its employees receive whilst on holiday, meaning that they cannot check their emails whilst on leave and they do not have to trawl through hundreds of emails on their return.

In the UK, employers cannot force workers to check emails outside of working hours unless they are contractually obliged to carry out compulsory overtime. The pressures of being “available” at all times however, seem to dictate a working culture that, whilst not explicitly stated by employers as necessary, can be deemed as being encouraged if employers do not make clear to employees that they are not required to access emails outside of working hours.

However, some UK companies are following in France’s footsteps with their own in-house initiatives. A complete ban on out-of-hours emails may not work for all companies so some employers have found a balance by only allowing out of hours emails in urgent circumstances. These companies claim to have noticed an increase in the productivity and well-being of its employees.

It is important to keep in mind the well-being of workers and the obligation on employers to assess health and safety risks. Work related stress is the last thing employers and employees need when looking to achieve a productive workforce. 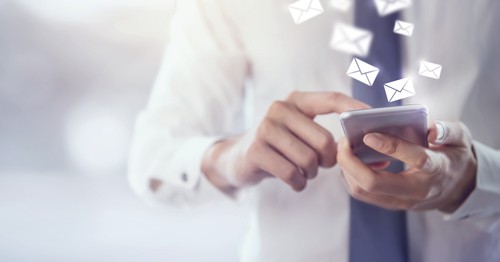